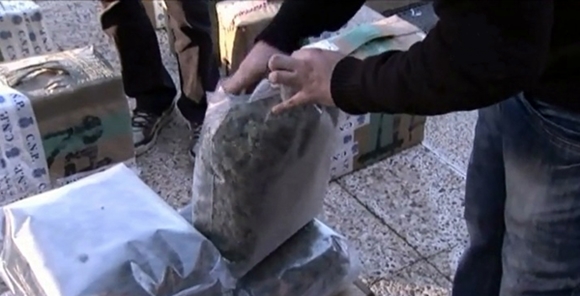 Spanish police say the drugs had originally come from Morocco and were being stored until they could be shipped to various parts of Spain and other areas of the EU for sale. The people arrested were 31 Moroccans, three Spaniards and a woman from Belgium.

More than 100,000 euros in cash was also confiscated along with a number of cars and bags full of mobile phones. These, of course, would have been distributed to those small-time dealers who would likely be selling the hashish for the drug ring.

You have to give the Spanish police credit for a job well done. In the last eight months they’ve conducted more than 17 raids, all of them successful, and have confiscated drugs and cash as well as private property at every raid. Nice to see them continuing the good work.