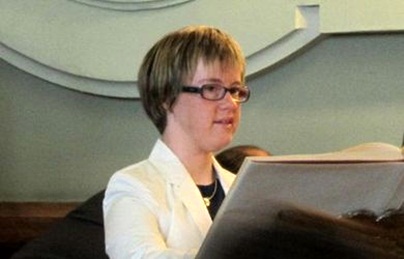 Now this is an interesting story and one that makes you realize just how advanced Spain has become compared to many other countries. It’s the story of 30-year-old Ángela Covadonga Bachiller Guerra, who started a new job as a town councillor in Valladolid, Spain this week.

How did Ángela Covadonga Bachiller Guerra become a town councillor?

Bachiller Guerra apparently became interested in politics when she participated in an electoral campaign in the Valladolid in 2011.

After joining the Popular Party and putting her name forward as a possible candidate for town councillor, she spent the next two years working in the administration department of the city’s Town Hall.

She was eventually offered a councillor position after the resignation of another councillor in June — a councillor who was forced to resign after being implicated in a corruption case.

Bachiller Guerra was sworn in this week in a short ceremony and will soon be working with programs like the promotion of electric vehicles and provider payment plans.

Her father said he wasn’t particularly surprised she has ended up where she has as she had always been a child that worked to get what she wanted, no matter what it took. “Stubborn” he called her — in a very proud way, of course.

Meanwhile, many in Valladolid seem very happy with her appointment, as they feel it is a step in the right direction for equal opportunities for others also living with disabilities.