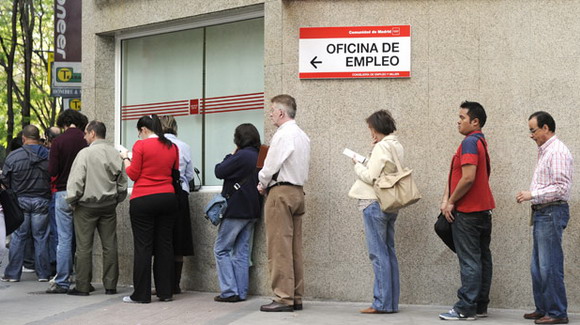 With Spain’s new prime minister, Mariano Rajoy, only in power less than a month, unemployment figures for December now show Spain has the highest unemployment numbers – ever. A new record.

In fact, 4.42 million people are now unemployed in Spain, raising the total unemployment rate to 22 percent. Of course, for those aged between 18-30, it’s even worse.

As the new figures were released yesterday, Spain’s labour minister had this to say:

“The figures for the number of registered unemployed for the month of December confirm the deterioration of the economic situation during the second half of the year.”

No comfort there for just about anyone in Spain, is there?

Meanwhile, Spain’s new prime minister, Mariano Rajoy’s, unveiled new spending cuts last week of around €8.9bn, as well as €6bn of tax increases. He’s hoping this will cut the burgeoning deficit (although few economists worth their salt see it having any benefit whatsoever).

And, of course, these cuts and increases won’t help Spain’s unemployment crisis at all.