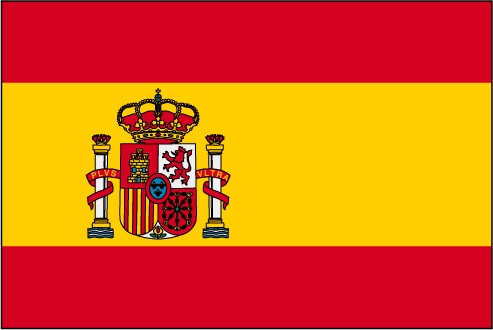 Spain’s economic outlook has just become worse after credit rating agency Standard and Poor’s downgraded the country yet again, this time two notches further down to a BBB+ rating. Unemployment in Spain too has hit the highest levels in more than two decades with more than 24 percent of Spaniards unemployed — now one of the world’s worst unemployment rates.

Standard and Poor’s says its chosen to downgrade Spain’s rating as it believes there is going to be an increase in bad loans through Spanish banks as more and more people will be unable to repay debts.

Foreign Minister Jose Manuel Garcia-Margallo responded to the news in a radio interview, saying “Spain is in a crisis of huge proportions.”

Meanwhile, Spaniards are continuing to call for austerity measures put into effect by Conservative Prime Minister Mariano Rajoy to be ended. After all, they are aggravating Spain’s already plummeting economy, a fact Rajoy seems to understand but refuses to do anything about.

Odd really, as it doesn’t take a rocket scientist to see, when so many people are unemployed, the last thing you do is put into effect stricter austerity measures, as all that does is ensure even more people lose their jobs. A fact proven by the newest law put into effect by Rajoy last month, which allowed Spanish firms easier ways of laying off employees. Oddly again, Rajoy said it would increase hiring (is he really that stupid?) while all it’s done has made Spanish firms lay off even more employees.

All you can really say at this point is “Duh”?, and “How much longer will Rajoy be in office before the Spanish kick him out?”  We give him months at the most as, under him and as is evidenced by today’s Standard and Poor’s Spain downgrade, the economy is only getting to get worse, not better.