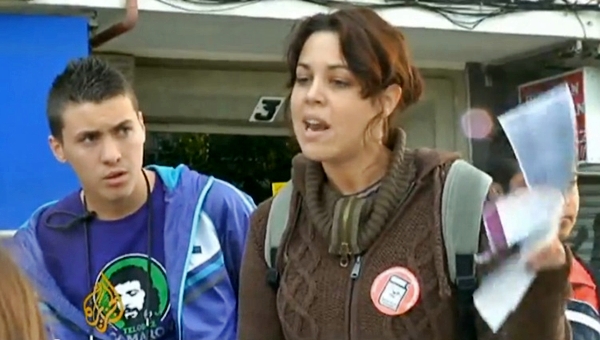 It’s not just adults that are joining Spain’s continual anti-austerity demonstrations in their millions, it’s young Spanish high school students that are doing it as well. Realizing that the Spanish government’s cuts to their education are putting their futures at risk, Spanish high school students are handing out flyers, giving speeches and joining anti-austerity demonstrations. That’s how serious the issue has now become in Spain.

Since 2010, the Spanish government has cut $6.5 billion in spending on the education system and it’s about to get worse.  Class sizes have risen, tens of thousands of teachers have been laid off and there has been an enormous rise in the cost of tuition fees. According to prime minister Mariano Rajoy, more cuts to education are coming. And Spain’s teenagers are sick of it.

Of course, Spain’s Education Minister calling these high school and university students “Radicals and extremists” hasn’t helped. Especially when they know, as every month passes and Spain’s education system worsens, the possibility they may have a bright future gets less and less likely.

But Spanish parents and teachers groups are supporting the students in their protests and demonstrations. Doubt they’d be doing this if they were indeed ‘radicals and extremists’, do you?