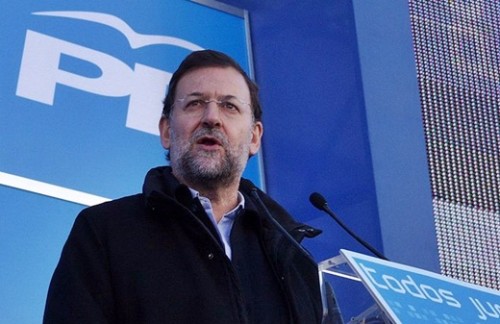 Spanish Prime Minister Mariano Rajoy finally came before Parliament at the end of last week to answer questions about illegally taking bribe money through a fundraising campaign partially run by former Popular Party treasurer Luis Barcenas, who is now embroiled in a corruption scandal. As was expected, Rajoy said he was innocent and that he had never taken any money illegally. Oddly, or probably not, according to a new poll, 72 percent of Spaniards say Rajoy is lying.

The poll, published in the El Mundo newspaper with questions asked of 1,000 Spaniards, showed 72.1 percent of Spaniards who were asked said “Rajoy was not telling the truth”. A more polite way of saying “he was lying”.

Rajoy was asked numerous questions in Parliament about his involvement in the Popular Party corruption scandal and to every question that asked if he had ever taken illegal kickbacks, Rajoy replied “No”. Obviously not particularly convincingly, though.

All I can say is, with numbers like that, I very well could have been correct when I asked “Can Mariano Rajoy survive the payment scandal?” and answered it with the statement, “No, and here’s why”.

After all, how do you continue to govern Spain when the vast majority of the population think you are a bare-faced liar?