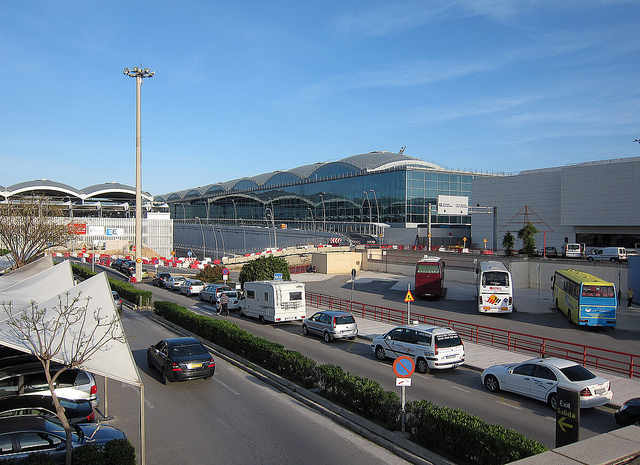 Alicante Airport has almost 10 million travelers passing through it every year. One of Spain’s busiest airports, it’s close to several top tourist destinations as well as only five miles outside Alicante. Many travelers choose to stay near the airport after just arriving or before they leave. Alicante has several excellent hotels near Alicante Airport, offering cheap deals, comfortable accommodation, good amenities and a convenient location. These three are wonderful.

Europa House – An interesting hotel/hostel, Europa House is next to Alicante University, 15 minutes drive from the center of Alicante and the same distance from Alicante Airport.

Europa House doesn’t have a restaurant, but they do have vending machines where you can get a variety of snacks, light meals and drinks. For a short stay, before or after a flight, its perfectly adequate but if you want a heavier meal there’s a bus route close by with easy access to Alicante with all its cafes, restaurants and bars.

Room rates begin at $35 a night for a single studio and $56 for a studio suitable for two adults.

San Remo – Located right in Alicante’s city center, the San Remo Hotel is still only a 15 minute drive from Alicante airport, as well as a short walk from Postiiguet Beach and many of the city’s boutiques, museums, cafes and restaurants.

Interestingly, the San Remo uses solar power to heat its hot water so, while you might not get a boiling hot shower here (who needs one, after all it is Spain where the temperature often tops 95 degrees), but at least you’re not damaging the planet.

There’s also laundry service, a tour desk for booking tickets to Alicante attractions and, if you need it, you can also rent a car here. Staff is friendly and helpful and the hotel exceptionally clean.

For a single room at the San Remo, as of May 2011, expect to pay in the region of $50 a night. A cheap deal for a hotel near the beach and only a few minutes from the airport.

The hotel is an independent family-run hotel with 35 rooms, all with en suite bath with shower and tub, TV with cable, a work area and a balcony. Breakfast is included in the room rate. Don’t miss eating in the hotel’s restaurant too, they serve traditional Spanish food and its quite tasty, and particularly nice if eaten at a table outside.

One minor drawback for some may be that the staff doesn’t speak very much English, but if you can struggle along or don’t mind practicing some of your Spanish, it doesn’t cause a problem. They are very friendly though.

There’s also free parking, a golf course just a couple of miles down the road, and a small bar if you want somewhere to relax before heading out for dinner.

Single guest rooms at the hotel begin at $49, with double rooms at $64 a night.