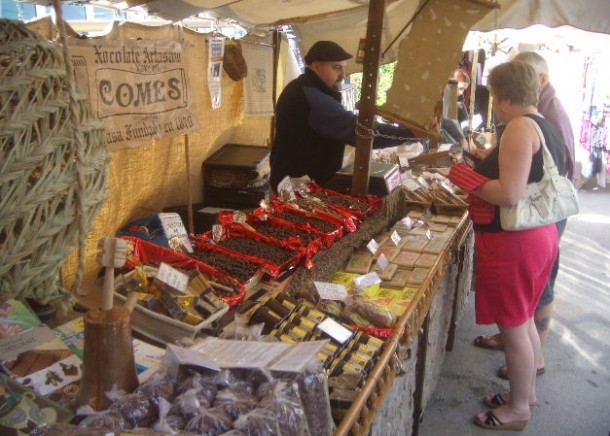 Overall, no, they really do not. While many foreigners who live in Spain do speak English, most Spaniards do not.

In fact, so poor is the English ability of most Spaniards, a recent study showed almost 65% speak no English at all and, of the remaining 35%, few speak it well.

What is even more shocking to many visitors to Spain is just how many people who work in the country’s tourist industry don’t speak English either.

I just came back from a month’s vacation in Albir, Spain — a tourist destination on the Costa Blanca. My family and I stayed at a gorgeous 4-star hotel with the nicest staff you could ever meet. But, out of the more than 35 Spanish staff we saw at the hotel every day, only six —  three receptionists, one bartender, one maître d’ and one waitress spoke any English.

Three others (the maids) also spoke English very well, but they were Romanian, not Spanish. The other maître d’, who has worked at the hotel around English-speaking guests for almost a decade, spoke about 50 words of English, as did the other seven wait staff and almost all the bartenders.

Now, I don’t expect every Spaniard to be able to hold a conversation in English. Of course not.

But, I do think people who work around predominantly English-speaking tourists their entire working life might want to be able to manage a bit more than “Good morning”, “Good evening” and “Thank you”.

After all, it would benefit them as much as it does the tourists. They would probably make more in tips too.

One of the reasons the Spanish don’t speak English well is, firstly, if English is taught in schools in Spain, it is usually taught by a Spaniard who is probably very good at grammar but speaks English poorly.

Imagine, in the UK or Europe, learning to speak Spanish, Italian or French from a teacher who is good at grammar but can’t speak the language. It simply would never happen. So, I’m not sure why it does in Spain?

Another reason the Spanish don’t speak English very well is Spain is the only country where everything is dubbed into the country’s own language (ie: Spanish). So, for instance, if you watch an American or British TV series or movie, you will never hear it in English and with Spanish subtitles. Instead, it will be dubbed into Spanish.

That means your average Spaniard will never even hear English being spoken on TV, let alone be able to practice listening to it. In fact, so commonplace is the dubbing on TV and in the movie theater, many Spaniards have probably never heard the real voices of actors like Arnold Schwarzenegger or actresses like Angelina Jolie. Instead, as far as they are concerned, these famous Hollywood actors speak Spanish.

So, if you are planning a trip to Spain and want to converse with the locals, you might want to bone up on your Spanish skills before you do as, if you are looking for a Spaniard to have a conversation with, even in the big cities you won’t find many.

And, for now, that seems to be just the way the Spanish like it.