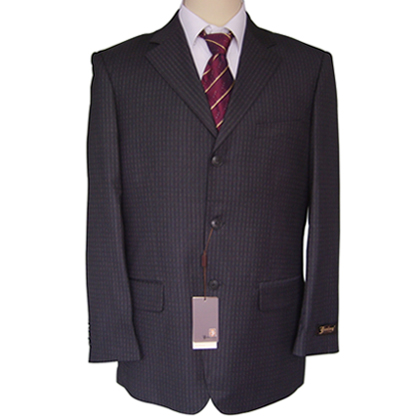 When people who aren’t Spanish start to do business in Spain, they often fall into severe culture shock. On the outside a modern, forward-thinking society, Spain still follows some traditions and business etiquette in business that sometimes leave foreigners reeling with shock. Surprisingly though, once you get used to Spanish etiquette, cultural values and, of course, Spain’s business meetings, doing business in Spain is often much more pleasurable than anywhere else.

What To Wear For A Spanish Business Meeting – Compared to other Europeans, Spaniards are quite conservative when it comes to dress, and particularly business dress. Conservative clothing is the norm and muted or dark colors are preferred. In the meetings Even younger staff will often wear black or gray and accessorize it with a conservative but stylish scarf or tie, and subdued jewelry or watches. Leather accessories such as a good quality briefcase or shoulder bag are often carried as looking professional is highly desired.

Preparing For The Meeting – Even if you know the people you’re meeting with understand English, if you’re taking any printed materials with you, always have it printed in both Spanish and English. This includes business cards which, in Spain, are often printed in Spanish on one side and in English on the other.

Punctuality – Spaniards are not known for their punctuality. In fact, most business meetings will begin at least 15-30 minutes late, with participants arriving blaming the traffic, the weather or some other usually none-connected event.

For business people from other European countries or America, the lack of good time keeping can drive them crazy but, really, don’t let it. It’s not going to change. It’s Spain. Go with the flow and plan on your meeting beginning later. Believe me, it always will.

The Timing of Spanish Business Meetings – In Spain, as the Spaniards enjoy breakfasting with family and not with business contacts they barely know, it’s rare to find a Spaniard who will want to meet you for breakfast and certainly not an early one. Instead, you’ll find business meetings in Spain are either a lunch or a dinner meeting and, even if the meeting starts off as a quick one at the office, it can easily progress into a long leisurely lunch or dinner.

The Importance of Meeting Over Meals – Food in Spanish culture is extremely important and, believe me, in Spain it should be as the food is so darned good. What this means however is that many business meetings will involve a long lunch or dinner and, with dinner, a meal that starts late in the evening – often around 9pm and going on until 11pm or midnight.

Over meals though is where many important business deals are decided, so don’t skip them thinking they’re not important. You could end up missing out on the deal of a lifetime if you do.

Decisions in Spain Take Time – Don’t expect a decision to be made quickly in Spain, particularly if it means the person or company you’re dealing with will have to change something significant to be able to accommodate you.

Expect to have to have several meetings before any real decision is made and, even then it might take longer than you like. If you expect to do business in Spain though, this is one of the ways of doing business you will simply have to get used to, as Spaniards do not like to be rushed.

Overall, doing business in Spain is actually quite delightful and charming, especially if you try to adapt to Spanish culture. It involves lots of sitting around talking, amazing amounts of good food and, of course, incredible Spanish wine and, for the most part, the company you’ll keep is often lovely too.

Just remember, if you expect things to be done quickly or as efficiently as in America, England or any northern European country, in most areas of Spain it won’t be. Relax. Go with the flow and, by all means, take a siesta in the afternoon just like the Spanish do. You’ll feel much better if you do.