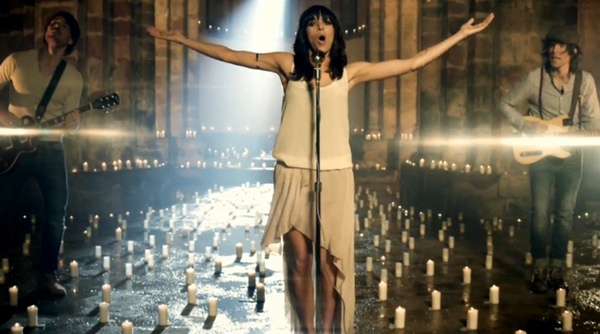 You may not have heard Spain’s entry for the Eurovision Song Contest 2013, so I just had to showcase it here. The song is called ‘Contigo hasta el final’ (With you until the end), and is sung by Spanish band El Sueño de Morfeo (Morpheus’ Dream).

El Sueño de Morfeo has an interesting sound as, other than the language they sing in, their songs don’t always sound Spanish to me. They use a combination of Celtic and folk rock influences, with a bit of indie rock thrown in, which altogether have enabled them to come up with a truly unique sound. Personally, I love them.

El Sueño de Morfeo was actually chosen to represent Spain in the Eurovision Song Contest 2013 by Spanish broadcaster RTVE. The song itself, though, was chosen by the Spanish people in a tele-vote and a jury made up of Spanish celebrities.

The voting was split 50/50 so everyone had an equal say (well, sort of. It’s a bit odd allowing a handful of people on a jury to have the same clout as tens of millions in Spain but, there ya go!).

Anyway, El Sueño de Morfeo chose four songs to perform and then the jury and the TV audience voted. ‘Contigo Hasta el Final’ came up as the winner.  Listen to it below and see what you think.

The band is from Asturias — which also makes El Sueño de Morfeo an interesting choice to represent Spain in the Eurovision Song Contest 2013 as Asturias is an autonomous Spanish community and, with all the talk of independence from some Spanish provinces, I think it’s fascinating, and fitting, that an Asturian band was chosen.

I hope they win.