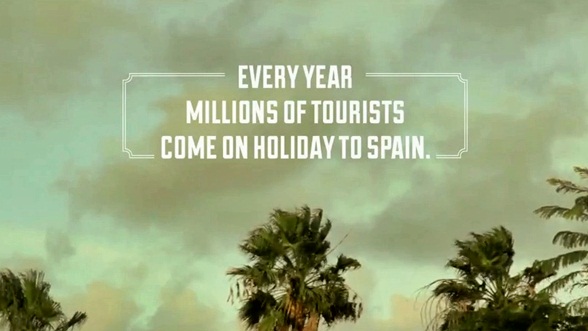 I came across this cute video from the Spanish tourist board. Called ‘This Is Not Goodbye, Just See You Soon’, it’s a celebration of tourists coming to Spain and a reminder that Spain welcomes you back again and again and again. In fact, as you’re leaving Spain, make sure you’re already beginning to plan your next Spanish holiday.

So how many times a year do you holiday in Spain? Are you like many tourists who come back to Spain again and again? After all, Spain does grow on you.

My parents travel to Spain several times a year and, after one holiday, have barely arrived home and unpacked their suitcases before they’ve booked another month’s holiday in Spain. It’s their favorite country in the world, so visiting Spain two or three times a year is now normal for them. It’s getting to the point where they spend almost as much time in Spain as they do in their home country.

Can’t say I blame them! Spain. Its a wonderful country.

Remember, the next time you leave Spain — This Is Not Goodbye, Just See You Soon.