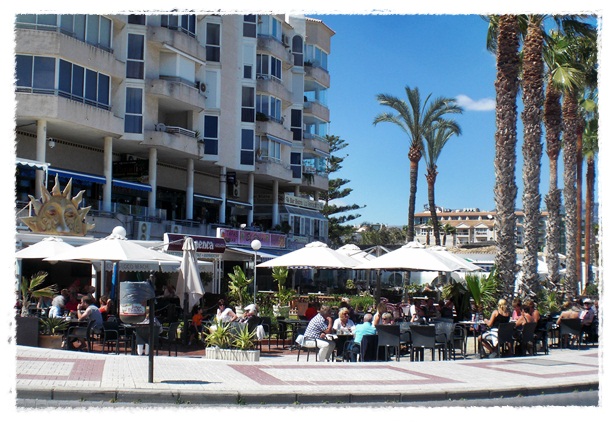 What are teacher salaries at language schools in Spain?

I currently have a British friend visiting me in Spain and, while here, she decided to do the rounds of the language schools in the area to find out about available jobs, as well as to do some research on what the typical teacher salary was for a teaching job at a language school in Spain.

With eight years experience teaching English overseas already under her belt, and a BA and TEFL certification, she wasn’t surprised to get a couple of job offers soon after she appeared on the language schools’ doorsteps. What did surprise her, however, was how much money a teacher can make teaching English in Spain. In fact, it may be quite a bit more than you expect.

How much money can you expect to make teaching at a language school in Spain?

At the higher end (€1,800 – or $2,450), it can give you enough money for a pretty comfortable lifestyle, particularly if you have a spouse or significant other bringing in a second income.

If you already have experience teaching English abroad, you can often expect to be hired with an hourly rate on the higher side. My friend’s offers were in the €17-€19 per hour rate, so definitely up at the top for a typical language school job. She does, however, come with several letters of recommendation from top schools and companies she has taught at in Asia, so can prove to a potential Spanish employer that she does know how to teach and is extremely reliable.

If you can also show this, your chances of being offered a higher rate do sometimes seem to increase at some language schools in Spain as other friends teaching in Spain have also testified to.

The hourly rates I quote are also for a mid-sized Spanish city, with rates in cities like Barcelona and Madrid being slightly higher. Of course, your rent will be higher as well so do budget that into the equation before you get too excited.

Cost of living in Spain

The first time I arrived in Spain several years ago, after many years absence, I was surprised to discover the cost of living for many things is the same or not much higher than Thailand where I had lived for the 10 years previous. Yet teaching salaries in Thailand are lower.

In the time since, the only thing I have found that is almost always higher in Spain is the cost of rent, and even that is only 10-20 percent higher for a similar sized apartment. Plus, many Spanish apartments are often even nicer than Thai apartments with more modern amenities including fully-kitted out kitchens and, if you share an apartment you can bring your costs down.

In the area of Spain my friend is currently looking at teaching in (around the Alicante area of the country), it’s perfectly possible to live comfortably on €1,300 a month ($1,769). Considering she would be making at least €1,700 a month ($2,314) at all the language schools she spoke to, her chances of being able to save a couple of hundred euros a month (close to $400 US) is quite high as she always lives quite frugally.

Of course, if you like to drink or enjoy the nightclub scene, you won’t save anything and may even find yourself getting into financial difficulties so do be aware of that.

Don’t forget too, you can also supplement your income by teaching a few private students in most areas of Spain which, if you only do so a couple of times a week, you can add a few hundred euros onto your monthly salary.

So, how much money will you make teaching at a language school in Spain? As long as you are able to teach 20-25 hours a week, enough to live on that’s for sure.

Meanwhile, for more information about teaching English at a language school in Spain, check out the British Council or International House, which are both extremely reputable language schools and hire teachers for their branches all over Spain.