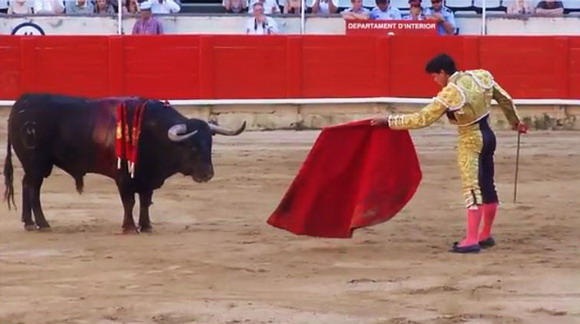 In somewhat poignant news today, although we do agree with the result, Catalonia saw its last bullfight before the ban on bullfighting in the region goes into effect in January, 2012.  The sold-out evening event at the 20,000-seat Monumental ring in Barcelona brought to an end more than a hundred years of a once popular Spanish tradition in Catalonia. But, as attendance has fallen in recent years, and animal rights activists have been more vocal, banning bullfighting, in some regions, has started to look like a necessity. Now the question is, will the rest of Spain follow suit?

Actually, bullfighting is still legal in Spain, with only the Canary Islands and now Catalonia banning the sport completely and, although animal rights activists have been fighting the sport for years, it’s unlikely it will be banned in the rest of the country any time soon.

Unlike in Catalonia, where bullfighting had become more of a tourist attraction than an event attended by Spaniards, in the rest of the country its still relatively popular. So much so, the Mesa del Toro has been circulating a petition in the hopes of getting enough so they can petition the Spanish government to make bullfighting part of Spain’s protected national heritage.

Meanwhile there are no concrete plans as to what Barcelona will do with the bullring once all fights come to an end. It’s one of the oldest bullrings in Spain, and with the Spaniards loving their heritage so much, it’s likely to be renovated into something cool.

We’re guessing a shopping mall similar to the one at The Arenas Bullring in Barcelona. That was renovated into an incredible entertainment and shopping venue with 115 shops, a movie theatre and a rock museum. So popular is it, it’s brought far more money into the area than bullfighting ever did.

Meanwhile, below are some of the protesters who managed to get bullfighting stopped in Catalonia.