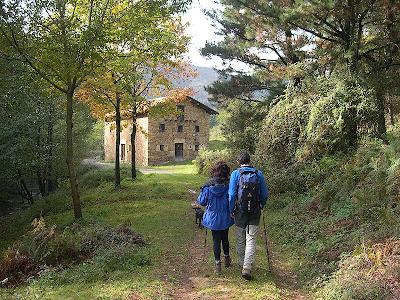 One thing that has stopped my parents retiring to Spain before now is their worry they’d find it difficult to make new friends. This year though, they’ve decided to bite the bullet and make the move and, before doing so, have been doing research on possible ways of making friends. Not surprisingly, from some of the many people they met on their trip to Spain last month, it’s actually easy for retirees to make new friends in Spain, in fact some are so busy they wished they’d moved their years ago.

They run literacy programs, attend meetings, have fundraising stalls at local markets and fairs, do charity work, run youth programs, work with Habitat for Humanity and many other fun activities. They’re a superb way to meet people and make friends, not only from your own country but from Spain and beyond.

Take Classes – Of course, many retirees who move to Spain start taking Spanish classes. A wonderful way to learn the language and thus make your life as a pensioner in Spain easier, they’re also a great way to make friends with other expats who are also struggling with the language.

But, there are many other classes you can take too. A huge number of Spanish universities give free classes to those over 55, so you don’t even have to be at ‘official retirement age’ to take advantage of them. You can take single classes, a course or even diploma courses, which take at least 450 hours to complete. The diploma courses include six compulsory core subjects, an optional course, conferences, museum visits etc. Classes include things like Spanish literature, contemporary world history, history of Spanish art, nutrition and many other choices.

Of course, these courses are in Spanish so your Spanish skills would have to be pretty high but for those who can communicate in Spanish, it’s a great way not only to make friends but also to keep your brain in tiptop condition too. The program is called Programa Universidad Para Los Mayores (see website link below).

Retiree Clubs/Pensioners Clubs (Hogar de Pensionistas) – When we were in Altea, Spain we stumbled across one of Spain’s many Hogar de Pensionistas or Pensioners Clubs. Set up for retirees, they’re the most wonderful places. They have things like exercise facilities, an excellent library, lots of new magazines and newspapers (some in English), pool tables, a cafe that serves subsidized food and drinks, and of course, classes, courses, daily outings and more.

You’ll find mostly Spanish retirees here with the odd brave non-Spanish expat but, as more non-Spanish retirees are moving to Spain, more are also showing up at the Hogar de Pensionistas. After all, if you’re living in Spain, you might as well make Spanish friends and learn more about the culture.

Volunteer – All over Spain, there are tons of charities and non-profits with volunteer opportunities in just about anything you might be interested in. If you speak Spanish, most are delighted to have you as they can use you for translation services. But, you’ll also find hands-on work like helping to man charity shops (we found many of these in the Albir, Altea and Calpe area, all staffed with local expats from all over Europe and North America), work with stray animals, help at local youth clubs and much more.

Walking Clubs – There are walking clubs all over Spain, populated by retirees both Spanish and not. Joining a walking club not only helps you make friends, it also keeps you fit and active – vital as you get older. Check out the local town hall or retiree club. They always have information about local walking clubs and when they meet.

For many expats my parents met on their last visit to Spain, they weren’t worried about making friends in their retirement in Spain. Instead they were worried about how to fit in all the friends they had already made, as well as all the opportunities for fun and more. As one said to us, “If I live to 150, I’ll never run out of things to do or places to go. I should have retired to Spain years ago.”