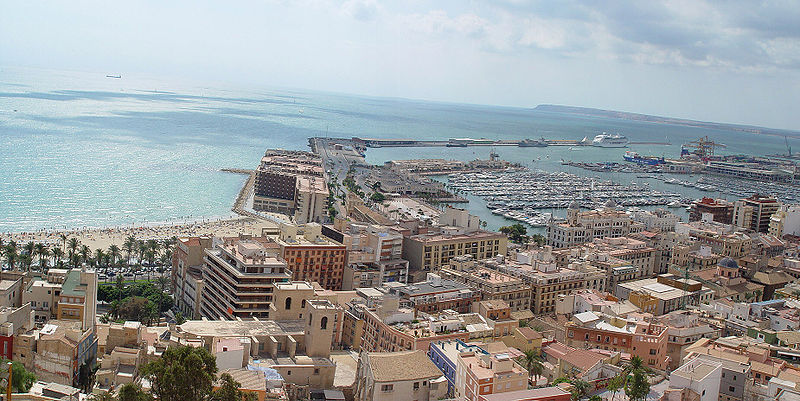 “The British are coming, the British are coming”. Well, yes, they are but, this time, to Spain. The British are moving out of the UK in droves and are snapping up property in Spain. One in three Brits wants to retire to Spain. Spain is cheaper than the UK, has gorgeous weather all year round, Spaniards are friendly, the wine is great, and the Spanish government is welcoming. In fact, for the British, Spain really is heaven on earth.

More than 550,000 Brits now own property in Spain with more moving every year. In some small Spanish villages, the British make up a large percentage of the population. More than 25% of them are eligible to vote in Spain on national issues, and voting rights on local issues look to soon follow. Spain is becoming home to the British, but why?

The United Kingdom is one of the most expensive countries in Europe. Taxes are high, the crime rate is rising, immigration is a mess, the weather is terrible, and a lot of British feel the government stopped listening to them years ago. In a nutshell, the British in Britain, overall, are an incredibly unhappy people.

Then look at Spain. They get 300 days of sunshine every year and Spanish beach resorts are some of the prettiest in the world. The way of life in Spain is more relaxed than in the UK. Taxes are lower, health care is excellent, the crime rate is lower than in Britain, and the Spanish still value family values. Britain now has the highest teenage pregnancy rate in Europe, the highest alcoholism rates, and parents spend less time with their kids than anywhere else in Europe.No wonder so many Brits are moving to Spain.

In Spain, the family is valued. Many Spaniards live at home with parents until they get married, they spend family time together on the weekends and, when asked, being with family is more important than making money.

All this makes the British envious, as they see the typical British family lifestyle slowly being eroded. High taxes, high crime rates and a population that couldn’t give a toss about spending time with family if they can make money doing something else – all of these things are destroying the British way of life.

Then when you add in the retirees who realized, with their meager British government pension, their lives would be non-existent in the UK and superb in Spain, you can see why the British invasion has begun.

Surprisingly, Spain has also been welcoming to the Brits. For a relatively small country suddenly bombarded by hordes of people from somewhere else, overall, they have made the British feel very welcome. Of course, this could be partially to do with the fact that the British will be spending more than $42 billion in Spain by the year 2009. In fact, the British moving to Spain have boosted the Spanish economy so much whole areas of Spain are now reliant on it. However, the Spanish have always been known to the British as a welcoming people, so regardless of whether economics has something to do with it or not, it’s still appreciated.

So, if you’re British and sick to death of life in rainy England or dreary Scotland, think about moving to Spain. The weather is lovely, the people are nice, the food is delicious and Spain will welcome you with open arms. Plus it’s only an hour’s plane flight from Britain; you can always go back – for a visit.

Photo – View from Calpe Rock in Spain – how could you not want to live there?