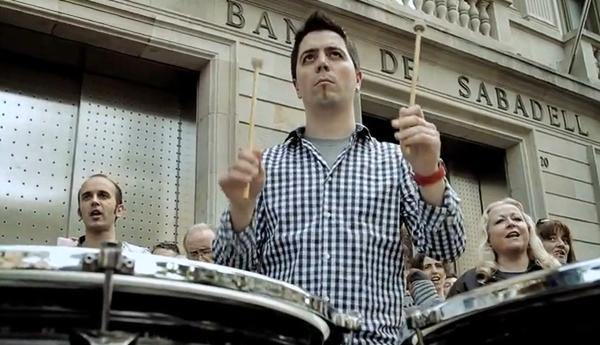 It’s no secret I love Spain. It has always been and will always be my favorite country. So, to see this incredible Spanish flash mob that took place in the town of Sabadell this year to celebrate the Spanish bank, Banco Sabadell’s 130th anniversary just made me cry.

Said by many to be “the world’s best flash mob”, the Som Sabadell flash mob included 100 people from the the Vallès Symphony Orchestra, the Lieder, Amics de l’Òpera and Coral Belles Arts choirs who gave such an amazing rendition of Beethoven’s “Ode to Joy” from his Symphony No. 9, the people in the crowd must have been talking about it for days afterwards.

In these times of horrendous hardship for many Spaniards and much negativity for Spanish banks, some of whom have definitely contributed to the Spanish financial crisis, it’s nice to see one Spanish bank, Banco Sabadell, help put together something so wonderful.

It’s also something that gave not only joy to their community but also emotionally affected the millions of people who have now watched this incredible performance on YouTube. (currently 8.25 million hits and counting).