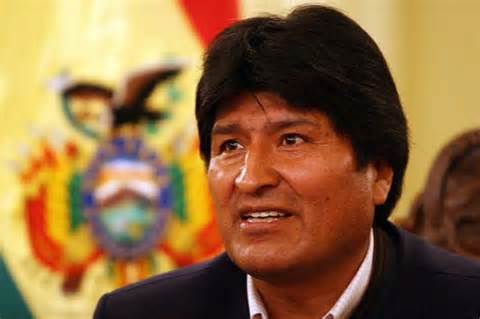 Spain has apologized to Bolivian President, Evo Morales, over an incident with Morales’ plane when he was returning from a meeting in Russia in early July. At the time, the Spanish ambassador to Austria, Alberto Carnero, tried to get on board the plane, which was on the ground in Austria, in an attempt to see if American Edward Snowden, was aboard. An attempt which was illegal.

Snowden, of course, is wanted by the US after he fled to Hong Kong and released details about PRISM, America’s illegal internet spying program, and America has been pressuring European countries ever since to arrest him if he attempts to pass through them to gain asylum in South America. Spain apparently caved under the pressure.

At the time of the incident, Evo Morales was furious that not only was his plane denied entry into the airspaces of Portugal, France and Italy, where the pilot wanted to refuel, but was also forced to land in Austria. Once in Austria, as stated, the Spanish ambassador was one of those requesting to inspect the plane — an inspection that was against international law, as heads of government are supposed to be able to travel freely and unimpeded while on government business.

Now Spain says, although they did not deny Morales’ plane admittance into Spanish airspace, they made a mistake by requesting they be allowed to inspect the plane while it was on the ground in Austroa. A mistake they are now apologizing for to Bolivia and to President Evo Morales.

You can’t say Spain’s apology to Evo Morales, however, is a particularly good one, as part of the apology from Spain’s ambassador to Bolivia, Ángel Vásquez, went like this:

“Spain was unwittingly caught up in this event. The apologies were issued over the ambassador’s actions in Vienna. We present our excuses over this procedure, which was not proper and which placed the president in a difficult situation not befitting a head of state. We publicly admit that these actions were not the most efficient ones possible and that maybe things could have been done better.”

Instead of “maybe things could have been done better”, shouldn’t the Spanish government be saying “we shouldn’t have done this in the first place. After all, the United States of America has no jurisdiction on our territory?”. You’d think.