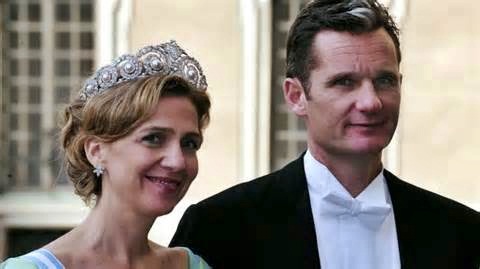 It’s probably not too surprising to many Spaniards to hear that Spain’s Princess Cristina and her husband Iñaki Urdangarin are separating.

After all, when the scandal surrounding Urdangarin’s alleged embezzlement of funds from a charitable sports foundation he was running first hit the news, it was immediately devastating to the reputation of Spain’s royal family.

His wife Princess Cristina, or The Infanta Cristina as she’s known in Spain, was initially also investigated but, since charges against her were suspended after it was thought she was not involved in the scandal, a marital separation is probably not only smart but likely a move towards improving the entire Spanish royal family’s reputation.

What will Princess Cristina do after the separation?

Interestingly, Princess Cristina is soon to start work in Geneva, Switzerland with La Caixa Foundation, where she will be in charge of international programs that will run in conjunction with the United Nations. The couple’s four children will also go with her.

As for Urdangarin, he is still the subject of a court case, so has to remain in Spain.

What precipitated the royal couple’s separation?

While the ‘official line’ is that Princess Cristina and husband Urdangarin’s separation is for ‘professional’ and not ‘personal’ reasons, oddly, it looks like it may not just be Urdangarin’s alleged embezzlement that has become a problem between the royal couple.

Yesterday, a judge removed an order halting the publication of a number of Urdangarin’s personal emails, emails that included private notes to a former girlfriend — notes of an extremely intimate nature, and that were sent over several years.

Needless to say, Princess Cristina was probably already disgusted about the embezzlement so you can only imagine how she felt when she discovered Urdangarin was possibly having an affair as well.

Like I said, the Infanta Cristina’s separation? Nope, not a surprise and one might almost say “Good for Princess Cristina”.