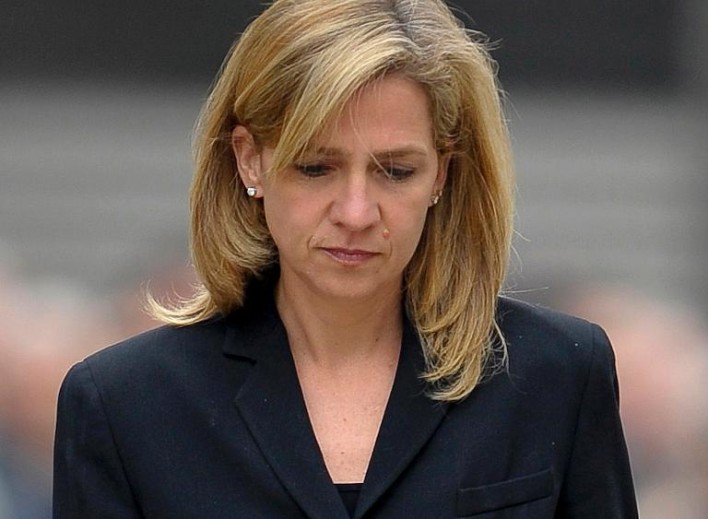 2014 doesn’t look like it’s going to be a good year for Spain’s Princess Cristina who has been charged with tax fraud by a Spanish court on Mallorca.

The court’s Examining Magistrate Jose Castro released a 227-page ruling this week saying there is evidence Princess Cristina has committed tax fraud crimes and has summoned her to court to answer allegations of both tax evasion and money laundering.

Princess Cristina, 48, is the youngest daughter of King Juan Carlos of Spain and is married to former Olympian Iñaki Urdangarin. He is currently charged with embezzlement of public funds that he allegedly stole from a non-profit foundation called Nóos he was heading, with an estimated €5.8m being taken by Urdangarin and his partner Diego Torres.

The Mallorcan court says there is strong evidence the missing money was funneled through Nóos as well as through a business owned by both Urdangarin and Princess Cristina.

Princess Cristina has been told to appear in the Palma de Mallorca court on March 8th to answer the charges.

Interestingly, however, Princess Cristina being charged with tax fraud may have less to do with her being potentially guilty and more to do with Judge Jose Castro proving the Spanish princess is not getting any special treatment, as he stated recently.

Particularly as the tax agency AEAT even submitted a report to a different court in the middle of 2013 saying it was proof she was not guilty of tax evasion.This could also mean the likelihood of her being found guilty could be low.

If she is, however, a typical prison sentence for money laundering in Spain is six years, with more years added onto a sentence for tax evasion as well as a very large fine several times the size of the money allegedly laundered.