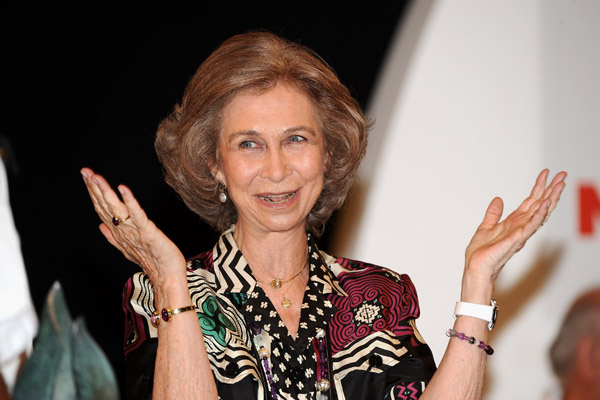 Spain’s Queen Sofia was booed by a group of protesting coal miners yesterday while on an official visit to Asturias. Queen Sofia was in Asturias with the Minister for Industry, Tourism and Energy, José Manuel Soria, for a visit to the Corias Monastery, also known as the Abbey San Juan Bautista de Corias, as well as to inaugurate a hotel.

It was at the hotel where Queen Sofia was booed and where insults were shouted at her.

Coal miners were protesting the ongoing cuts to Spain’s mining industry, and had to be held back by police as they yelled insults and abuse at the Spanish queen. Puta meaning “slut” or “whore” was one of the words screamed. Not very nice, eh?

This isn’t the first time Queen Sofia has been booed by Spaniards this year, however. She was also booed when she attended the International Music Day concert at the Theatre Royal in Madrid just last month, as well as at other official events in previous months.

Of course, the Spanish royal family isn’t directly to blame for many of the problems facing Spain today.

However, when the Spanish economy is still in shambles, austerity cuts continue and yet Spaniards see Queen Sofia and the rest of the royal family living in luxury while much of the rest of Spain suffers, you can certainly understand their anger.

Not so sure I’d condone the language they use though?