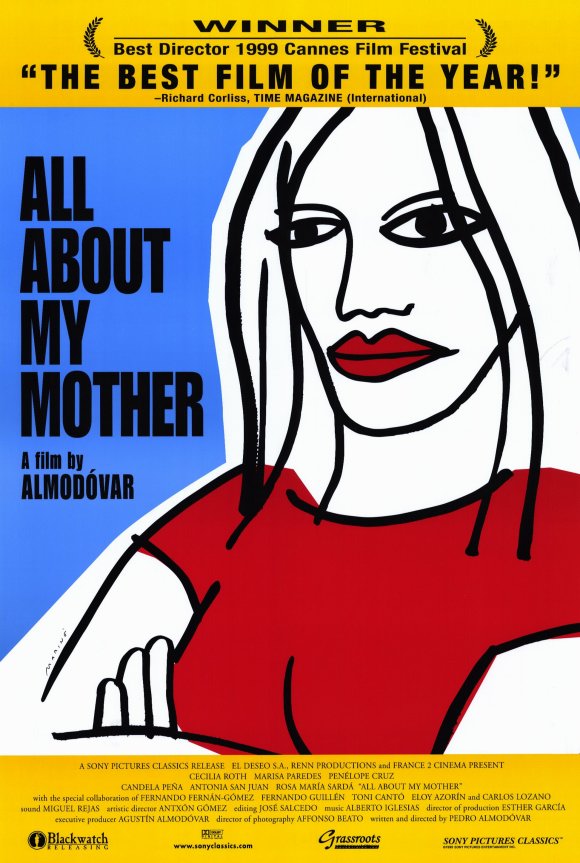 I was recently thinking about Pedro Almodóvar, Spain’s top film director, and all the incredible movies he’s made. So many in fact, it’s hard to pick which are his best films as there really isn’t a bad one in the lot.

I remember first coming across Pedro Almodóvar in an independent movie theater in Ohio in the late 1980s. I’d never seen an Almodóvar movie before but the title of his latest “Women on the Verge of a Nervous Breakdown” grabbed my attention, and I bought my ticket. Coming out of the movie theater, I was overcome with what an incredible experience I’d just had. This Spanish black comedy left me amazed that someone could be that creative, that fascinating and, quite frankly, that weird.

Since then, I’ve seen every movie Pedro Almodóvar has directed (many many times) and look forward as each new one is released. With that in mind, if you haven’t had the good luck to see a Pedro Almodóvar movie yet, check out these top three Almodóvar films.

Women on the Verge of a Nervous Breakdown -Released in 1988, it’s the first movie that brought Almodóvar international recognition. So much so it earned him an Academy Award nomination for Best International Film.

The movie tells the story of Pepa Marcos, a TV actress whose boyfriend has just left her and she’s depressed. so she’s taking sleeping pills. Her friend, Candela, tries to jump off a balcony to kill herself as her Shiite terrorist boyfriend has been holding her hostage and she thinks the police will believe she’s involved. And snobby Marisa shows up, drinks some spiked-with-sleeping-pills gazbacho she finds in Pepa’s refrigerator and promptly falls asleep.

That this is just in the first few minutes of the movie tells you a great deal about how convoluted, crazy and bizarre this movie is – but so much fun. The characters are fascinating, the cinematography gorgeous and the plot so funny, you have to watch it through twice just to make sure you didn’t miss anything.

He breaks into her apartment and she tries to throw him out, so he ties her up and attempts to make her fall in love with him. Funny and, in an odd way, quite sweet, it’s twisted enough to be one of the most unique movies you’ll ever see.

All About My Mother – Famous for catapulting Penelope Cruz to stardom after several years of a pretty dismal career, All About My Mother deals with AIDS, transvestites and the way religious faith isn’t always how we expect it to be.

The movie tells the story of Manuela, who loses her only son when he’s 17, chasing across the road to get an autograph from an actress he loves and is hit by a car. Thus follows her involvement with a pregnant nun, her transvestite ex-husband and the actress her son loved.

That these three top Pedro Almodóvar movies are strange, is a given. But what they have in common is an eccentricity that’s beguiling but, more than that, a deep love of every single character no matter how damaged,warped or twisted they are. And as the audience, you’ll feel that too.