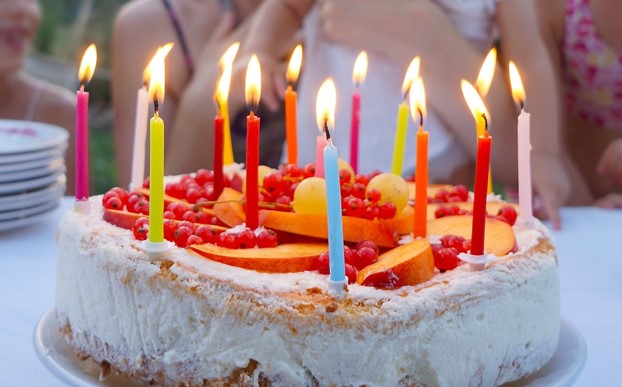 If you spend enough time in Spain, at some point you will hear a Spaniard say the phrase ¡feliz cumpleaños!

If you don’t speak Spanish, or are just beginning to learn, you may be a little confused. Until, of course, you see the birthday cake and the presents.

Because, yes, the Spanish phrase ¡feliz cumpleaños! simply means ‘Happy Birthday‘, and so will be either said to someone (or you!) who is celebrating a birthday, or even written on a birthday card.

It will also often be used as icing words on a cake.

So, the next time a Spanish friend or co-worker has their birthday, get ready to wish them a happy one.

The pronunciation of ¡feliz cumpleaños! goes something like this:

‘Fay-leeth cum-play-an-yos‘ — if a Spaniard says it, as they pronounce the ‘z’ at the end of feliz as a ‘th’ sound

‘Fay-lees cum-play-an-yos‘ — if someone from Latin America says it, as they will pronunce the ‘z’ as an ‘s’.

You can hear the Spanish pronunciation of the phrase in the video below.