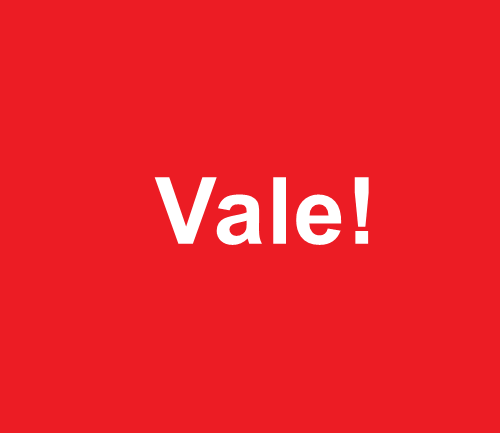 If you have spent some time in Spain, or have just moved here and are trying to learn the language, you have probably already heard the word ‘Vale‘ 9,000 times a day.

It is a word Spaniards use all the time, but it may be something you’re not familiar with yet.

So what does vale mean, and when do you use it?

What does vale mean, how is it pronounced and when do you use it?

First of all, you may be hearing a word that sounds like ‘Bah-lay‘ and think that’s what every other Spaniard you come across is saying.

That’s because the word is spelled vale but, as a ‘v’ is pronounced like a ‘b’ in Spain, don’t be surprised if a Spanish friend texts you and, in answer to something you ask her, she responds ‘¡Bale! ‘. It means the same thing.

So what does vale mean?

It basically has three different meanings — “yes”, “okay” or  “yeah, that sounds great”.

For instance, if you ask a co-worker to check something on the computer and then ask her a few minutes later if everything is okay, if she responds “vale“, she means “yes, it’s fine”.

If, on the other hand, you need an assistant to run an errand for you, so you explain what you want and she answers “vale“, she has just said “okay” and is probably already halfway out the door to go and do it.

Finally, you would love to go to the local flea market on Saturday so you call a Spanish friend to ask if she wants to go, and she responds “¡Vale!“, that means she thinks that sounds like as much fun as you do and she’s up for it. 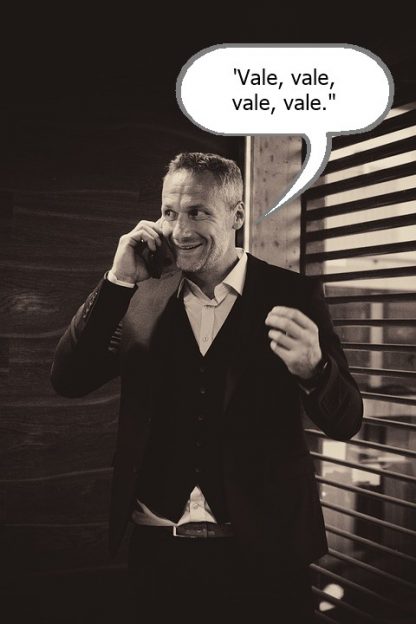 Vale is one of those words you will usually only hear in Spain, and rarely in any other Spanish-speaking country. It’s such a cool word, though, you should get used to using it.

Then you’ll fit in with the Spaniards even faster.