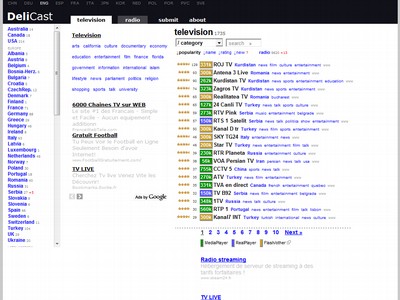 When we’re traveling outside Spain, we love to be able to watch Spanish news on Spanish TV stations on the internet. Whether in England, the United States, Hong Kong or Australia, it’s possible to watch TV channels from Spain on the internet absolutely free via live-streaming access.

Two of our favorite TV channels are TVE1 and TVE24h, as we love to have access to news from Spain. We also watch Telemadrid Satellite TV, Cuatro (for entertainment and movies), and occasionally even watch Canal Flamenco TV, if we’re in the dance and music mood.

We find, almost 24 hours a day, the TV reception is incredible. Sound as clear as a bell and the picture even better. Plus, if you expand the screen to full-screen, it’s just like watching it on your own television set.

Of course, we do occasionally come across some TV stations blocking access depending on which country we’re in. But, as of yet, stations like TVE1 and TVE24h, Barcelona TV, as well as Galicia TV seem to be accessible just about everywhere.

Or, if you want to practice your Galician instead of Spanish, here’s live TV from Televisión de Galicia – isn’t the picture and sound so incredibly clear!