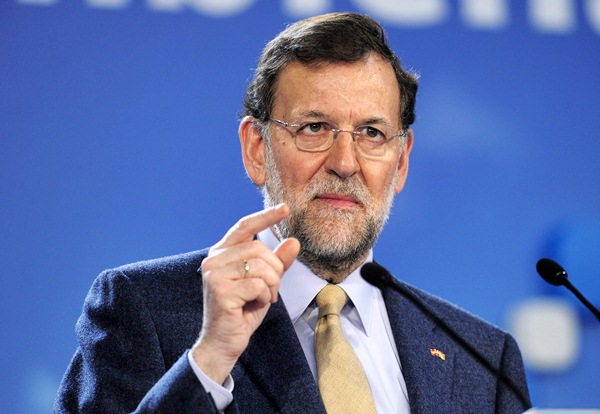 Anyone with half a brain can see Spanish Prime Minister Mariano Rajoy is escalating the Gibraltar row in an effort to divert attention away from Popular Party corruption and the illegal bribes most Spaniards believe Rajoy took. In fact, Gibraltar’s Chief Minister, Fabian Picardo, accused Rajoy of “banging the nationalistic drum” this week, just like Argentina’s military junta did with the Falkland Islands in 1982 when Argentina’s economy was going down the toilet.

Hopefully, most Spaniards are smarter than that and aren’t so easily fooled.

Meanwhile, tensions between the United Kingdom and Spain are increasing as Mariano Rajoy and his ministers continue to issue threats about the UK and Gibraltar.

Spain is now imposing checks at the Gibraltar-Spanish border, and the UK is threatening legal action through the EU as a consequence.

Stupid really, isn’t it? Spain’s economy is dying. Mariano Rajoy is the worst, and possibly one of the most corrupt prime ministers Spain has ever had, In most other developed countries Rajoy wouldn’t last two minutes after these illegal bribe allegations. Yet there he still sits. Prime Minister of Spain, banging on about Gibraltar as Spain and its economy collapses around him.

Let’s hope more and more Spaniards will react negatively to Mariano Rajoy escalating the Gibraltar row and let him know they’re not that stupid. Keep your eye on the ball, Spain, and not on Mariano Rajoy’s diversionary tactics.