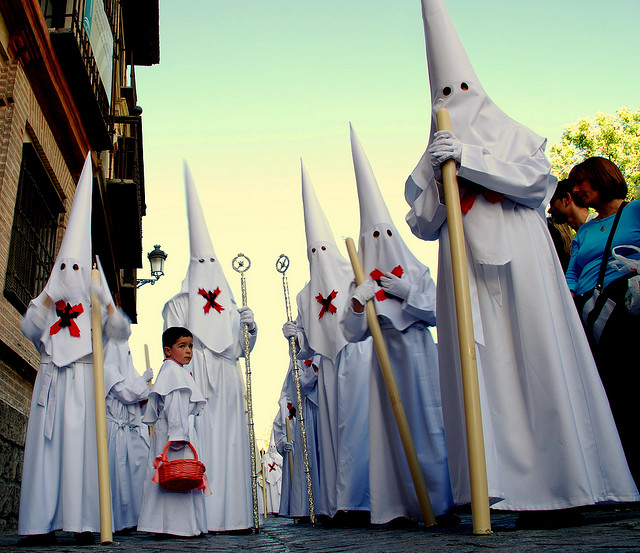 This photo is one of the most stunning images on Flickr at the moment. And, no, not because Americans will think it has something to do with the KKK (it doesn’t), but because it is so beautifully photographed and dramatic.

The photograph was taken during Semana Santa, the Easter Holy Week, and is of a group of Roman Catholic priests, who are wearing the capirote (the pointy hat) in a sign of mourning for the death of Christ.

They remove the capirote on Easter Sunday, to celebrate his resurrection.

The photographer, pasotraspaso otherwise known as Jesus Solano, took the photograph at the Alhambra in Granada during Easter, 2009. Stunning isn’t it? And well deserving of being in our Featured Photos section.

The photograph is published under a Creative Commons License.