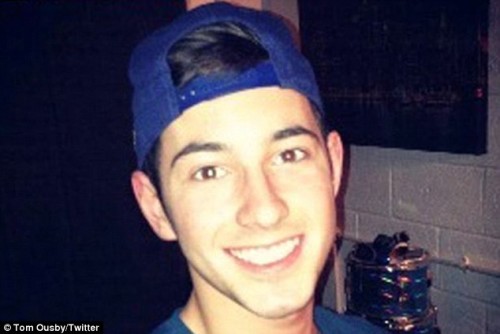 Yet another British person in Spain has plummeted to their death from a hotel’s upper floors.

This time, it was 19-year-old Thomas Ousby who fell to his death from a fire escape on the ninth floor of the Atlantic Park Hotel in Magaluf, Majorca.

Every year, a number of British tourists or Britons working in Spain die from falls from high places — usually from drinking too much alcohol and then exhibiting unsafe behavior on balconies, roofs and fire escapes.

There’s no word yet on exactly how Thomas Ousby fell to his death in Magaluf, only the British Foreign Office saying they had been notified of a British national’s death on Majorca and were providing assistance to his family. There has also been no word as to if alcohol was involved in his death.

Unfortunately, however, it seems, while the British Foreign Office in Spain have themselves issued warning asking British tourists to consume less alcohol while in Spain and to exhibit safer behavior, their warnings still go unheeded in many other cases.

Here, by the way, are just a few more deaths of British tourists in Spain, caused by falling from a balcony, a roof or a fire escape in the last year. Sad, isn’t it? But it’s highly unlikely it will end any time soon. Not until more Britons on holiday drink less and behave more responsibly.

Here is a story on the death of a Briton in Magaluf, a British woman who died last year after falling off her hotel balcony while drunk.

Another fall from a hotel balcony in Magaluf killed 29-year-old British tourist Benjamin Harper, who died while ‘balconing’.

I wonder how many more we will have before the year ends? Unfortunately, probably quite a few.

As for 19-year-old Thomas Ousby, the cause of his death in Spain will probably be released in the next few days. We’ll report back here when it is.